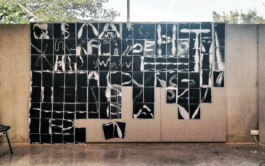 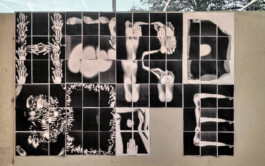 The pixel is the smallest addressable element in an all points addressable display device. We are all familiar with pixels. They are small element that when put together with other pixels can represent any conceivable image.

The first time I discovered the existence of pixels was in Microsoft Paint, when drawing a circle and realising its crisp edges consisted of tiny rectangles. It was an interesting discovery not merely because what I thought to be round was in fact a lot of squares, but also because I discovered the shape I just drew was laid out on a grid of squares. It was squares upon squares and it made a circle. The tinier the circle I drew the more square it became. It was a very controllable process and I wasn’t the first person to discover that pixels operate in a very controllable way.

In 2005 a student named Alex Tew arranged a 1000 × 1000 pixel grid and sold each pixel for $1. The project was called The Million Dollar Homepage and became an Internet phenomenon. It also made Tew a millionaire. In response many copycat websites emerged, but what made The Million Dollar Homepage so unique was that it was one of the first examples of a website that connected value to a pixel and invited other people to come up with the interpretation of what the content of those pixels should be. But in the end the grid was basically full of logo’s.

A recent example of this “economy of pixels” that gained notoriety is r/place, a collaborative project and social experiment hosted on Reddit in 2017 and once again in 2022. Within a canvas participants could change the color of a single pixel with a replacement from a 16-color palette, restricted by a 5 to 20 minute timer. A total of approximately 16 million pixels by over 1 million users were placed, resulting in a patchwork of primarily references to internet culture, national flags and famous people. And interesting difference with The Million Dollar Homepage is that within r/place the participants (or community) are in control over the content of the grid resulting in a very different kind of imagery. Also, through an element of competition collaborations emerge between groups of people that fight over space and resources.

Many of us have some familiarity with these collaborative, crowdsourced, crowdfunded community-inspired projects that by providing a framework and through restrictions encourage its participants to conceive of the most creative designs using a limited amount of resources. The goal of these projects is often not necessarily its objectives, but rather an excuse to connect through a community. A common goal is created to fill the desire to connect and make something bigger than only one person could by themselves.

Take for example YouTuber Daniel Condren of RTGame’s magnum opus I Asked 300 Minecraft Players To Build A New Earth where they sets out to construct a 1:4000 scale model of the entire planet within a Minecraft server with the help of thousands of players. A project of this scale is only achievable through a large community, operating on a powerful server, overseen by moderators and the right set of restrictions. But it doesn’t have to be this excessive.

A more typical example that operates on the same logic is the video I Gave 100 Minecraft Players One Chunk Each To Build Anything in which participants receive a tiny plot of min craft land to create whatever they want. Condren operates as a commentator as he flies through the server, players make tiny creations while everything is live-streamed. The players have relative freedom to build anything they want, but most creations that emerge are sculptural and refer to meme-culture. Also, by eliminating the need for competition, the players feel more comfortable to make time-consuming creations.

The common denominator in these projects is that the participant is offered transcendence through transformation. This could be categorised as a design challenge - and for the purposes of todays workshop this is the category we are gonna deconstruct.

The design challenge is a powerful design methodology. It can address themes of transcending social class and propriety, like in makeover movies. Think of Cinderella, The Princess Diaries, but also movies like Pretty Woman, The Breakfast Club, Clueless, Miss Congeniality and of course She’s All That. Each of these protagonists is basically invisible until they are given a makeover, which is essentially a design challenge. One of my favourite examples of a design challenge is The Design Challenge in RuPaul’s Drag Race (a reality competition show about drag queens) which involves drag queens creating an outfit using fabrics or unconventional materials. In this example the participants have to prove that their succes in the competition is rooted in talent, rather than relying on the privilege to buy expensive outfits.

Design challenges need to be simple. They need to follow a structure like I asked a bunch of people to a thing. We see a few patterns emerge that I like to point out to define these kinds of projects.

1. There is a framework/canvas in which to operate guided by an objective

2. Multiple people have to participate and compete in the project simultaneously

3. A set of restrictions is introduced

4. One or several moderators oversee the project

On the wall behind us will will create a grid of A4 papers. All students participate. The goal is to create all 26 letters of the alphabet using only a copy machine and your body. You may go over each others A4 papers or take them down, but not destroy them. Try to find a solution together if you compete for the same spot. Aks me or your tutors for advise. We will be there to help you. Be creative. 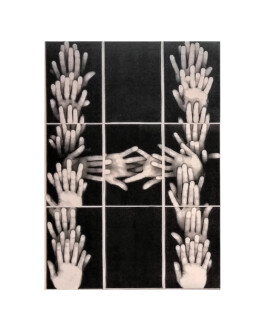 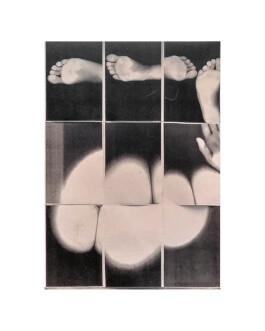 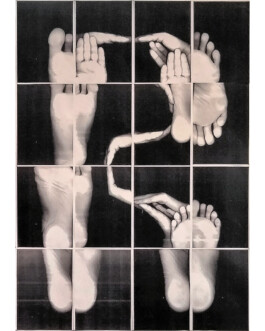 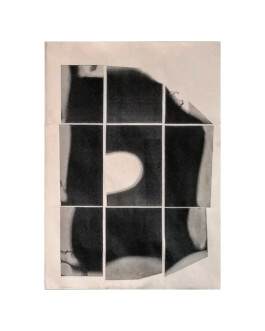 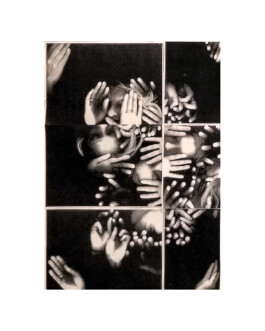 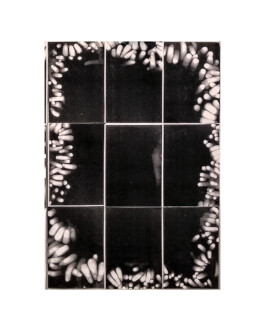 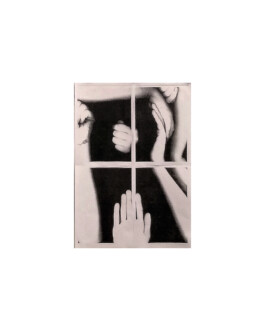 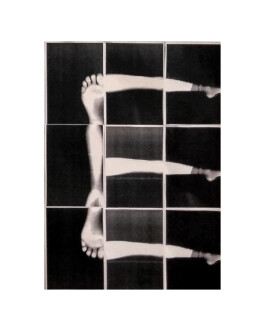